I know it’s been several months since I’ve blogged or updated anything on here, and people, especially my friends in the kettlebell world have been asking me what I’ve been up to, inviting me to events, and wondering whether I’ve dropped off the face of the earth. Partially true. I’ve kinda been laying low and super busy over the last little while. Unfortunately, whenever that happens, my blog is often one of the first things to get neglected. Life’s been pretty good otherwise and it has been an amazing year so far.

Sooo here are a few updates of what I’ve been up to. 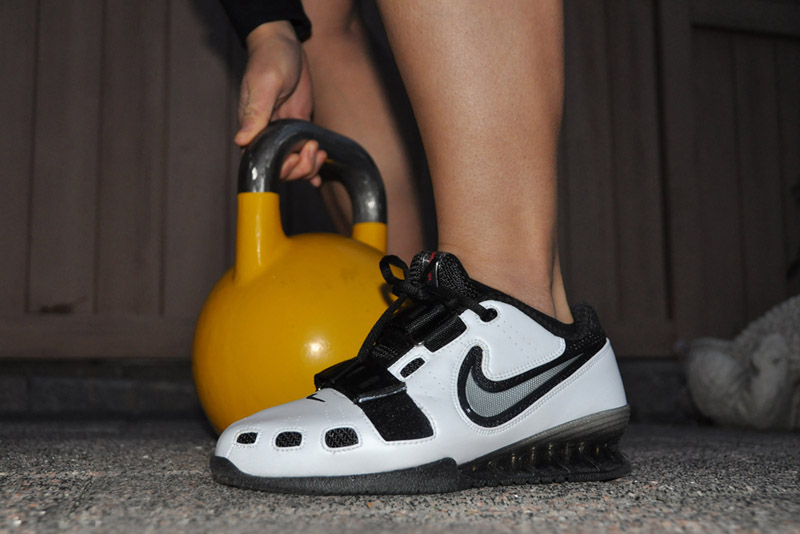 I bought these back in December of last year shortly after coming back from a 2-day IKSFA (Int’l Kettlebell Sport and Fitness Academy) Russian kettlebell lifting workshop in LA lead by President and 9-time world champion, 12-time champion of Russia Sergey Rachinskiy and master coach, 5-time world champion and 5-time champion of Russia Sergey Rudnev. More about this in another post.

One of the things I learned was if I wanted to maximize the efficiency and power transfer of my lifts, especially when in competition, lifting shoes are a must-have. Although I was and still am comfortable lifting in flat soled shoes or even barefoot, I decided to give it a shot. If it’s going give me an extra edge, why not? And let me tell you, these shoes are AMAZING!! The look, the feel, and functionality. I haven’t really used them too much since, but of the few times I did, I’ve noticed that these shoes offered great power transfer, stability, and support during my high volume lifting sessions. I searched high and low for a pair in my size. Ended up getting them for $200 and by the time taxes and shipping were added in, I paid close to $300. I LOVE ’em and even though I probably paid waaay too much, they are worth every penny. Next, I just need to enter some competitions and win!

Those who know me know that I work a LOT and that my everyday life tends to extend beyond the standard 24 hour day. I’m sure I’m not the only one here who feels 24 hours is not enough. I’ve got a full time job on weekdays and do freelance design work on the side to feed my passion and make some extra money. I love my job but the hours…eh, not so much. Most of my freelance work fits in somewhere between after dinner and bedtime on weeknights and weekends if needed. It’s a real challenge juggling the two jobs along with personal responsibilities, working out, having a social life, and getting sleep among other things. There’d be times I’d find myself working day and night to meet deadlines, on very little or no sleep at all, and I do it without the whole coffee thing (never been a fan of caffeine). The worst part is working late into the night, falling asleep in front of the computer, only to wake up realizing that the work did not get done and that the deadline is closer than ever. I know, I’m probably crazy for taking on so much work but the end result is often rewarding and balances thing out. I have some new and exciting projects on the horizon too, which I’m very happy about, so no complaints there 🙂

3. Then winter came along 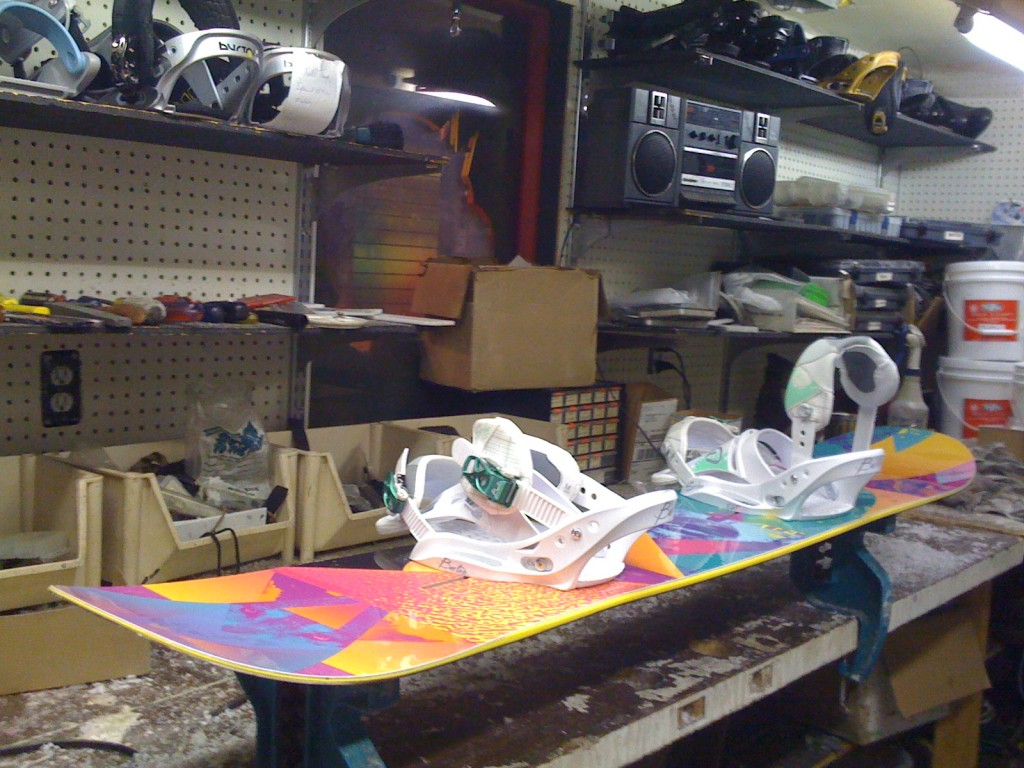 Usually when winter hits, I’d opt to workout/train indoors. This year I did the Canadian thing: embraced the cold and took up a winter sport. I had rediscovered a new sport again for the first time — Snowboarding!! I hadn’t done it in over 2 years and skill wise, I was a novice with nothing more than maybe 7 times on the slopes under my belt. I was good enough to make it down the hill without any major wipe outs.

My first time out this year at Horseshoe Valley with a group of friends turned out to be the catalyst of things to come. Thanks to muscle memory, I got the hang of snowboarding pretty fast and if anything, I felt more confident and balanced on the board and doing better than when I last left off. Woohoo! I guess those KB workouts must be paying off! Having said that, I probably fell off the chair lift more times than I did on the slopes.

Before I knew it, I was selling all my old, used equipment on Craigslist then buying myself a brand new Burton snowboard and bindings, goggles, helmet, jacket, and snowboard pants. The whole package. It was a new beginning. I fell in love with the sport, was hooked and going almost every weekend over the next 3-4 months. My best friend and I would drive up to Blue Mountain (the only good place to ski/snowboard here in Ontario) at 8am and literally snowboard the whole day until the 10pm closing time. We were so into it and pretty hardcore about the whole thing. It was exciting, fun, and a much welcomed change to my fitness regimen. My best achievement was finally learning how to carve on a snowboard (going down the hill while alternating between heel and toe side). I even attempted a few jumps in the park area and was doing ollies while going down the hill. What an incredible adrenaline rush! I went more times this year than I had done in the last 7 years and I look forward to going even more times next year 😀 I rarely say this, but I can’t wait til winter comes again.

4. Snowboarding in Whistler, BC 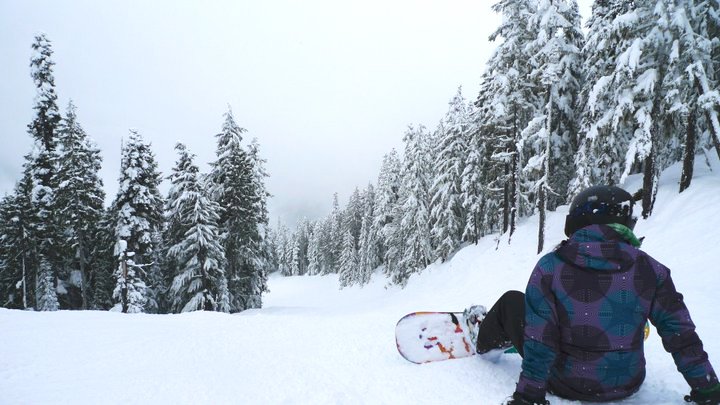 If there’s one thing I love more than doing my favourite sports is getting the opportunity to travel to a destination with the intention of doing that sport. If I can travel and stay active at the same time, to me, that is perfection, it is bliss. So, one day over dinner, 3 friends and myself were talking about how cool it would be to take a trip out to the West Coast to experience what it would be like to descend a 3000m+ high mountain…and then a week or so later we just made it happen.

In March, we took a flight out to Vancouver, rented a van to haul all our luggage and equipment around town, and wasted no time once we got there. I had booked a townhouse unit at Whistler Village but before hitting up Whistler, we took a side trip to Cypress Mountain (the official site of the olympic games) as our ‘warm up’. 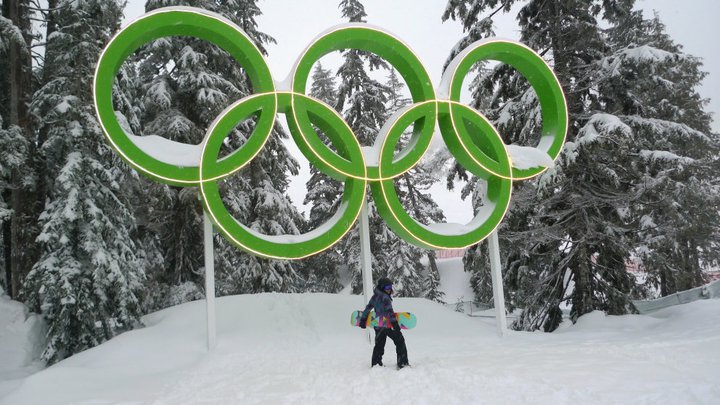 It pretty much rained the whole time we were in Vancouver but once we drove up to the mountains, rain became snow and it was literally a winter wonderland. The fact that Cypress was only a 30 minute drive away from downtown Vancouver made it all the better – another reason why I’d love to live in Vancouver. That’s much better than my usual 2 hr drives to Blue Mountain back at home! 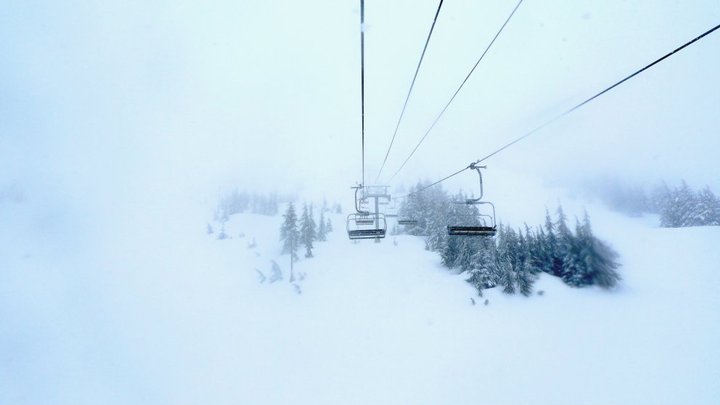 The snowboarding conditions at Cypress Mountain were incredible! We got so much snow that at certain points, it was white out conditions and we found ourselves snowboarding and getting stuck in some really deep powder. I also got my snowboard waxed for the very first time (it was only $10, couldn’t resist!). The riding from that point on was amazing! I was going faster and it felt like I was floating over the freshly fallen snow. It was one smoooth, fast ride! There really is nothing like a freshly waxed board. I highly recommend it.

Next, we drove up to Whistler Blackcomb for the remainder of our trip. Another incredible experience in itself. This was the largest mountain I’ve ever been on. Each run was massive and took us at least an hour to reach the bottom. It’s usually about a 6 min run back in Ontario, so instead of doing over 20 runs, we did about 5 runs in a day. It was the most amazing experience and exhausting at the same time, especially boarding on the flatter areas. My quads were burning!! 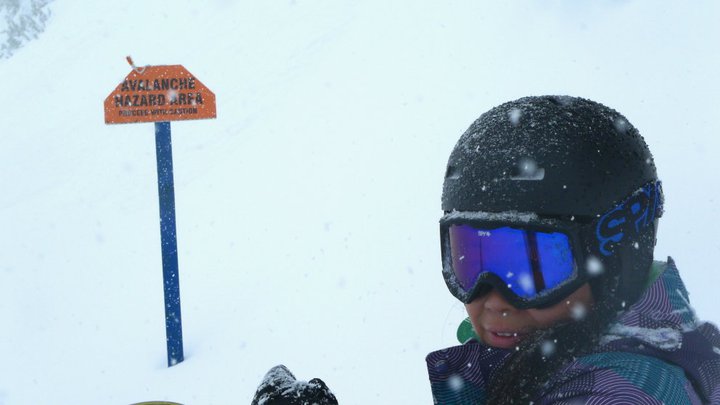 The run that took us the longest was when we decided to do something crazy like taking a trek up to the avalanche hazard area just to see what it’d be like. When we stopped seeing signs, we knew we were definitely off the main trails. The hills were steep, powder up to our knees, the view: breathtaking! I never felt so alive! …and was glad to have made it down the hill alive 1 hour 45 minutes later 😉 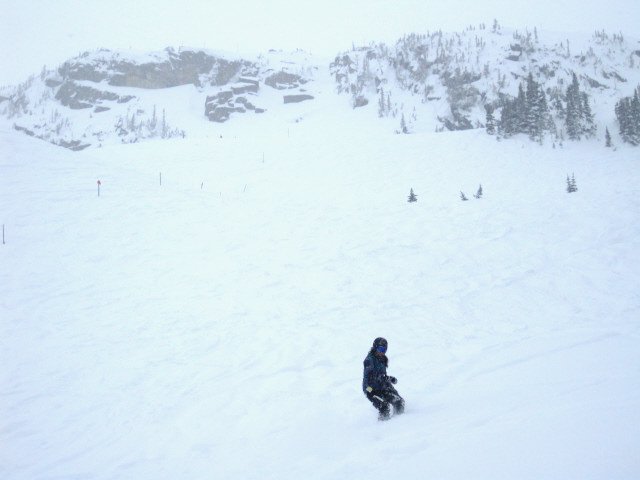 This whole experience was magical and I’ll certainly be back next season. Apparently Grouse mountain is going to be open for skiing/snowboarding til July 1, so maybe I’ll even get to fit in another session before the season ends.

5. What about the workouts? 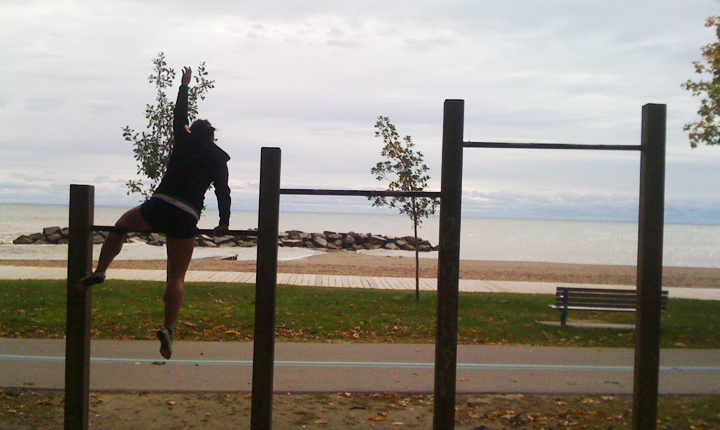 Aside from snowboarding, for the last little while I didn’t have any particular training goal or focus aside from just staying in shape. The motivation to compete or urge to train that hard just wasn’t there so at this point, I was just having some fun with my workouts. Treating it like my off-season from girevoy sport lifting, I was doing almost anything and everything. Muay Thai, various dance classes, boxing, spinning, hot yoga, rollerblading, you name it. 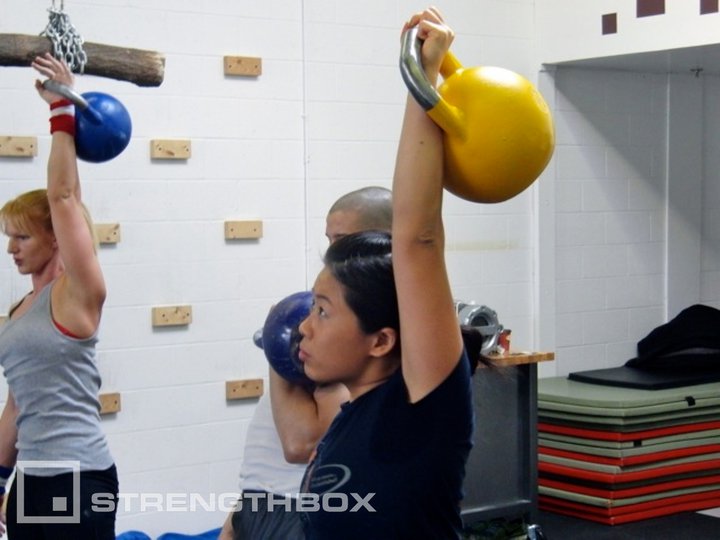 I had the occasional timed set in there and attended a couple of KB lifting classes run by my friend Boris, but that was about it (I know you invited me to a bunch but every time it happened to fall on the days I was snowboarding). I still kept KBs at the core of my training but instead of practicing 10min timed sets and training for comps, in place of that, I was doing a bunch of strength and conditioning type workouts combined with body weight intervals and shorter timed sets. 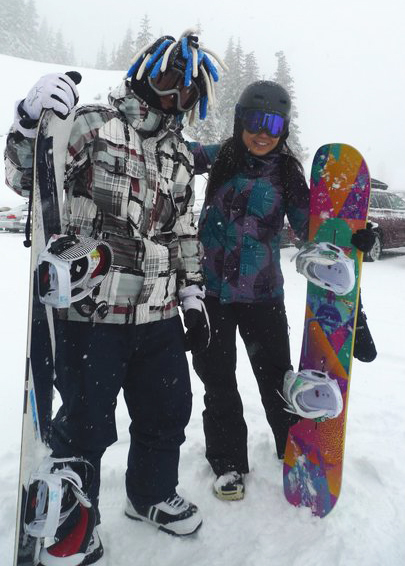 Late nights out, movies, hanging out, dinners, long drives, having the time of my life and just living in the moment. A lot of things happen when you least expect it. I wasn’t actively looking for or wanting a boyfriend so this new development took me by surprise.

We randomly met on the beach 3 years ago when we were put on the same advanced 4’s beach volleyball team. Since then, he’s been a good friend of mine. We rollerbladed and played beach vball during the summers but never really did any sports together in the winter until this year.

It all started out with a concert, a few dinners here and there and then it was the snowboarding trips up north that really brought us closer together. One day we figured it’d be weird to just keep telling everyone that we’re just ‘really good friends’ so we recently became an item and things have been going great ever since!

If there’s any relationship tips to be had from this, I’d say it’d be to get out there and pursue the things you enjoy doing. You never know who you’d meet.