I DID IT!!! I completed my first 10km run! This came about as a last minute decision, but I had no regrets. A part of me has been wanting to do the Sporting Life 10k run as a ‘practice run’ for my Seawheeze Half Marathon training but I was quite hesitant to sign up because I was worried about not being ready for it, let alone finishing. Most of my soccer friends were doing it too, and I was worried about being the slowest runner out of everyone or holding people back. I know, I worry way too much about these things and can be so competitive! Then by the time I did want to sign up, registration was closed.

This annual event always has a HUGE turnout and this year, it was done in support of Camp OOCH. A grand total of $2 million was raised to help send kids with cancer to camp!

It wasn’t until Saturday night, the day before the race that I found out a couple of my soccer team mates couldn’t make it to the run and were asking if anyone wanted to run in their place. I was just in the middle of doing my kettlebell training when I saw the texts, so jumped at the opportunity. I initially tried to see if anyone would run it with me but it was a bit too last minute and it being held on Mother’s Day, most of my friends were busy, so I just went ahead and decided to run it alone. I also noticed that thunder showers were in the forecast too but decided to take a chance. It was past 10pm by the time I went to pick up the race bibs and maybe 2:30am by the time I finished planning what to bring, wear, and read up on the race day details. Everything was so rushed and I probably only got about 5 or 6 hours of sleep.

On the day of the run, the sun was out and there were no dark clouds in sight. I had just arrived at the starting line in time for the 9:30am wave. All I had was some water and a banana before leaving the house but I was totally feeling ready to run. The longest run I did to date was close to 8km, which was a real struggle in itself, so I had no idea what to expect from this run. I got to run alone and just test myself to see how fast I can go without the pressure of having to keep up with or wait for anyone.

Once the official start began, my competitive juices were flowing as I tried my best to pass as many people as possible, naturally…

I know if I go too fast I usually run out of breath and am left gasping for air, so for this run I was able stay a lot more relaxed than I usually do and also kept up a good steady pace throughout. I kept going, one step at a time, one km at a time. I didn’t ever stop and just kept on moving even though there were points I was going super slow. 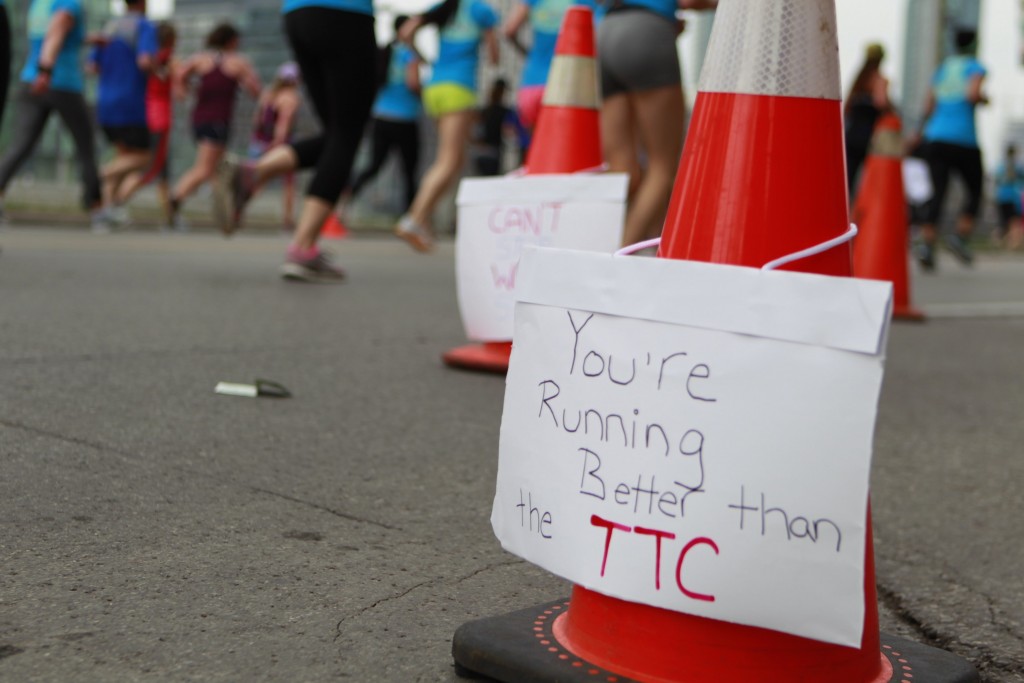 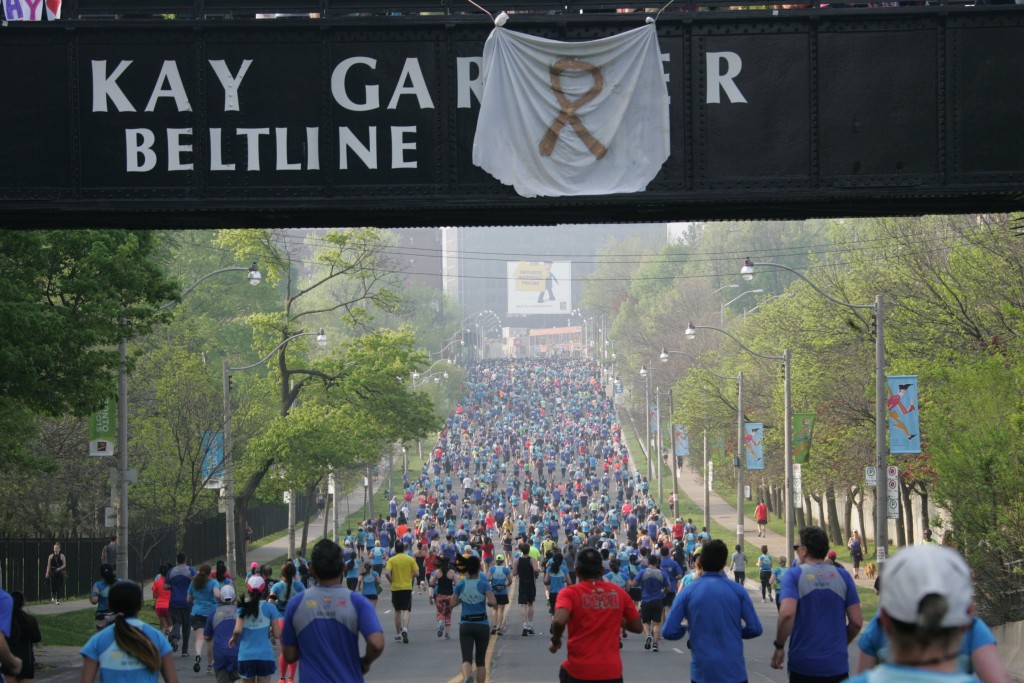 The neighbours along the route were really supportive, as quite a few people came out to watch and cheer us runners on. Some dressed up, others carrying motivational hand written signs. The race route took us down Yonge Street to Front Street, and across all the way to Bathurst, then down Fort York Blvd to the finish line.

During the run, I occasionally heard people cheering me on and calling me ‘Cindy’. The first time that happened, I had one of those funny realizations where I was like ‘oh yeah, that’s me!’ It definitely helped keep me going and the last thing I wanted was to suddenly stop and look exhausted while people were watching.

In training, I struggled with 5km and it was often in the 40 minute range, so I was determined to finish the run in under 1hr 20mins.

At the final stretch of the race, I had a sudden surge of energy and bolted as fast as I could towards the finish line.

Below is a video of that moment. Good thing they didn’t catch the ‘after’…because I was totally catching my breath after that sprint! It was an amazing feeling to have completed the run. To think that I’d usually drive from downtown to the Sporting Life on Yonge St.

The Results:
I completed the run in 1 hour 13 minutes and came in the top 37% of all 25809 who participated! That’d be a PR for me, even though this is my first 10km ever. But hey, gotta start somewhere. I hope to beat this time in my next race 🙂

After i was done the race, I picked up a cake and headed home to wash up and head out for a Mother’s Day lunch with my Mom. It was only on my way home that it began to rain really hard then it stopped and got sunny again when I left home. I’m thankful that the crazy Toronto weather held up for me today! Til next time!