Just getting to Oakland proved to be quite the obstacle this weekend. I was hoping to leave a day earlier but work got in the way, so I left on Friday morning instead. My BF Paul had also taken time out of his busy schedule to come along with me all the way to Oakland just so he can support, cheer and watch me lift kettlebells over my head at the OKC Kettlebell Competition. Thanks babe!

All the direct flights to SFO were fully booked so it was decided that we would take the 8:15 flight to LAX and rent a car to drive to Oakland.

I left home at 6am, arrived at the airport by 6:30. We got our boarding passes, cleared security, got to the gates, until Paul noticed that his boarding pass went missing!? So with only 30 minutes to spare before take off, he went back to get it reprinted and stamped only to find that someone had brought it to the gates for him. We made it onto the plane at 8 (whew!), departed at 8:15. I was still on a mission to make weight for my competition, so all I had was 2 small cups of water on the plane along with the 500ml bottle I had in the morning before going through security. In the morning I was still 3lbs away from making weight so it was very important that I don’t eat or drink too much today! Easier said than done. 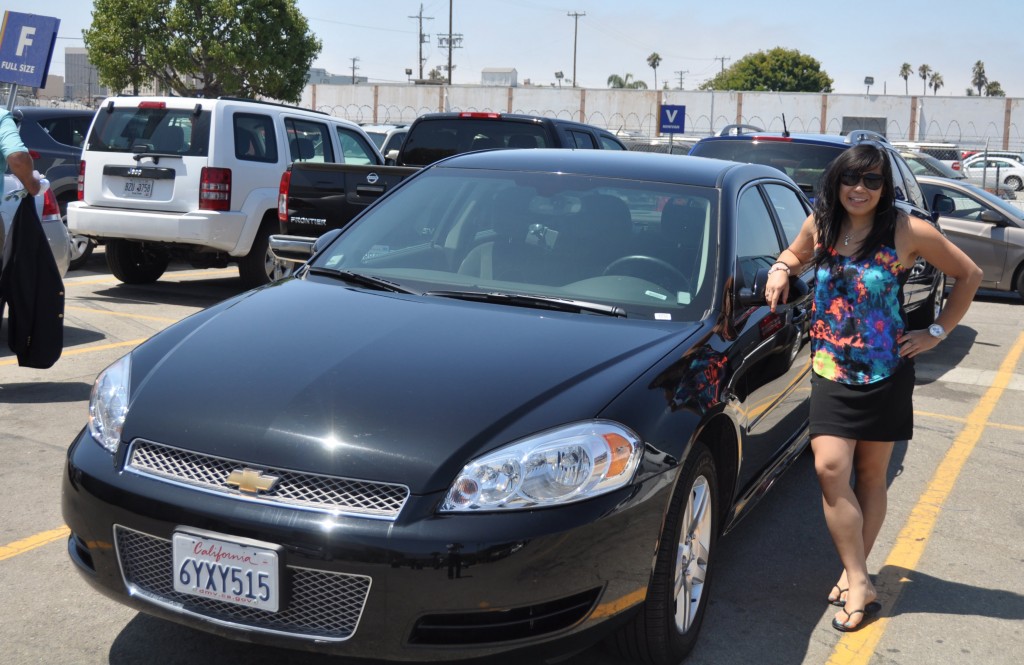 10:20am we arrived at LAX. I was tempted to buy an expensive salad at Wolfgang Puck’s restaurant but I resisted, so we proceeded to take the shuttle bus to Dollar Rent A Car where we wasted at least an hour waiting in line to get our car. The lineup was insanely loooong! When we did make it to the front of the line, we got a nice Chevy impala in black with only 11000km on it. By the time we left the lot it was about 12pm as we made our way to Oakland. Our GPS said we’d be there by 6:08pm and that we had 608km to drive. 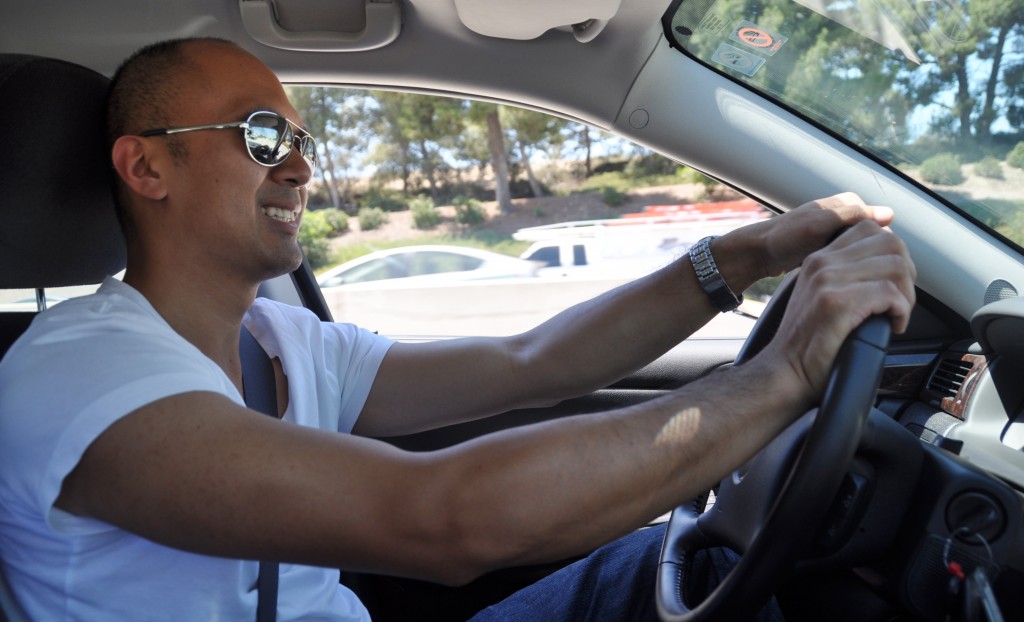 We encountered some really heavy traffic areas, accidents that slowed us down, a smelly cow farm, slow trucks etc.  Everytime we shaved time, we gained it back with traffic. Including our short stopover for gas, we took about 1.5 hours more than the estimated GPS time to get into Oakland. I was so hungry and thirsty from trying to cut weight…I caved and ate 1.5 small buns 🙁 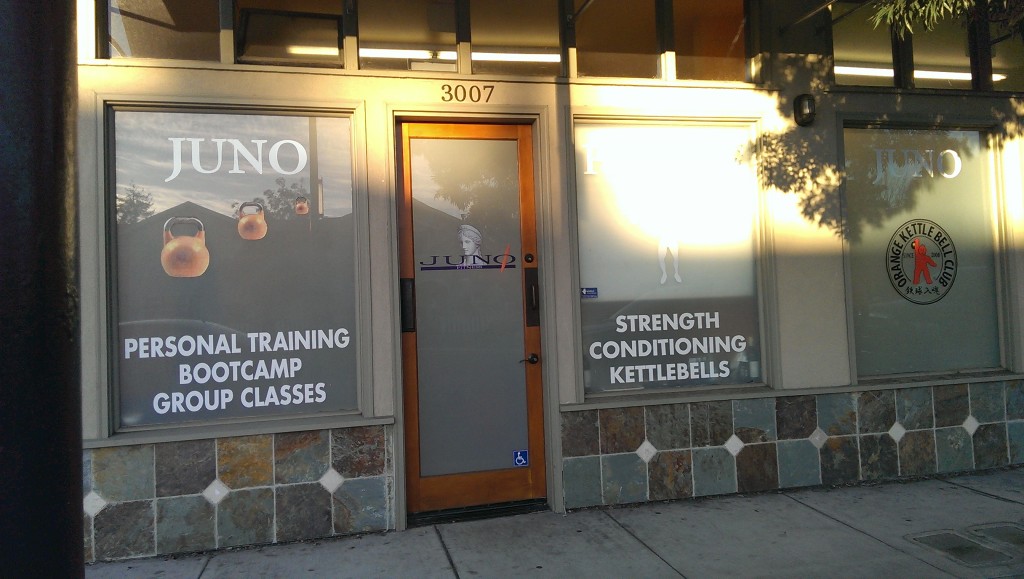 When we arrived at Juno Fitness, home of the OKC for weigh ins, it was already past 7:30. As we stepped inside, we were lucky enough to catch Nazo, John Wild, & Jason about to leave. And I finally met Juliet. 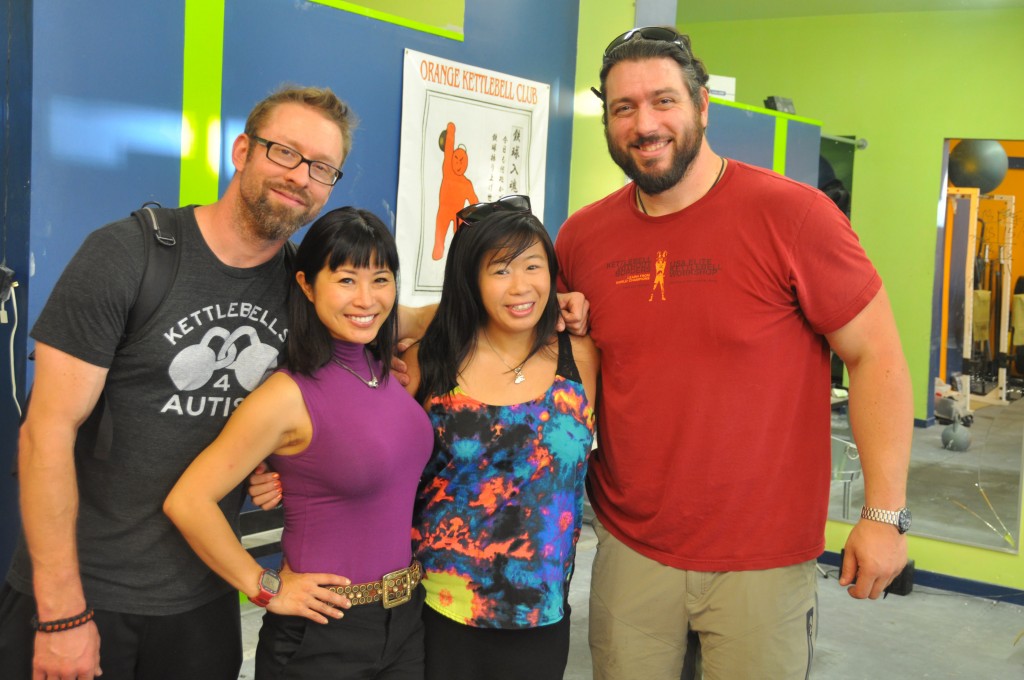 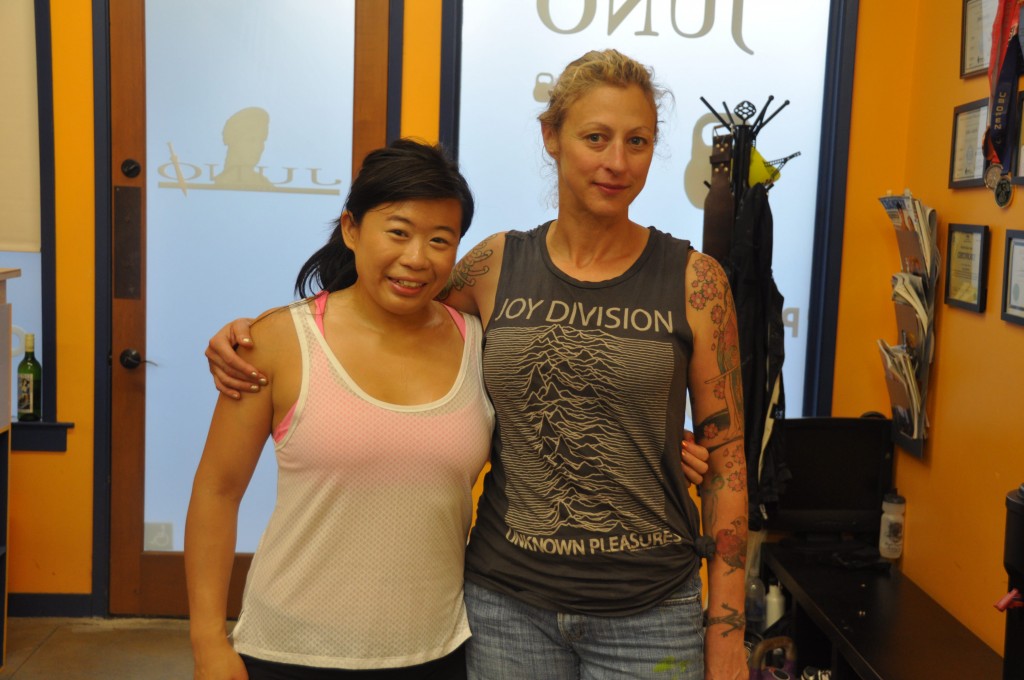 I quickly went to the washroom, changed into my workout clothes, and weighed myself. I was 68.6kg!!! Ugh .6kg over. Not bad considering I was 69.9kg last night. I decided to make do with the time I had and in hopes of losing that .6kg, I did 7mins of the rower, 2 rounds of 10 burpees, 20 mtn climbers, 20 swings, then another 3 mins of the rower. 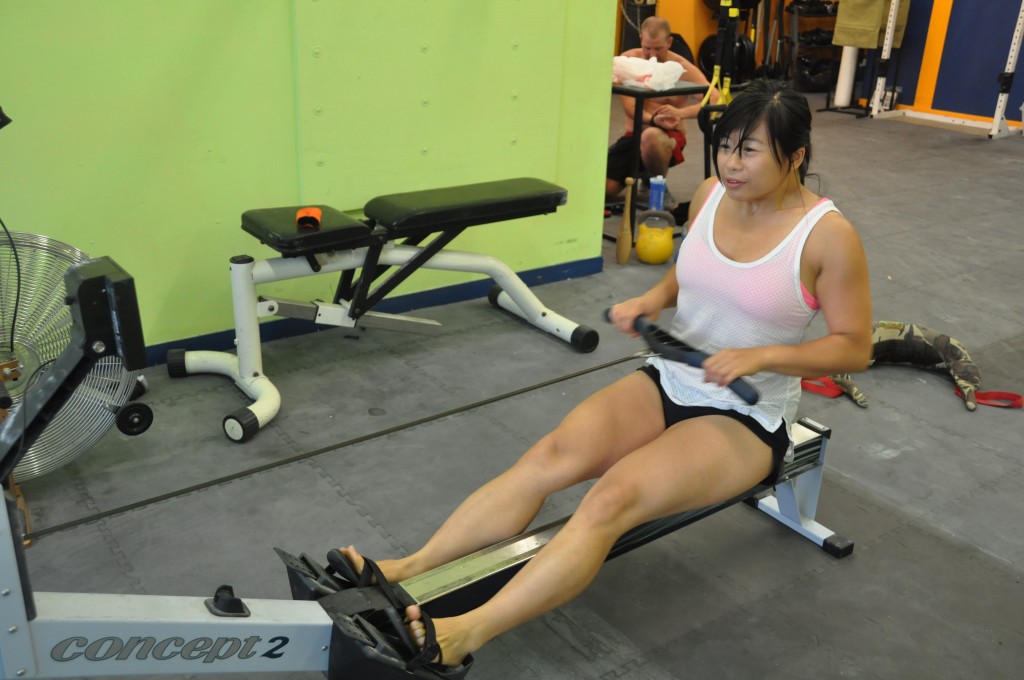 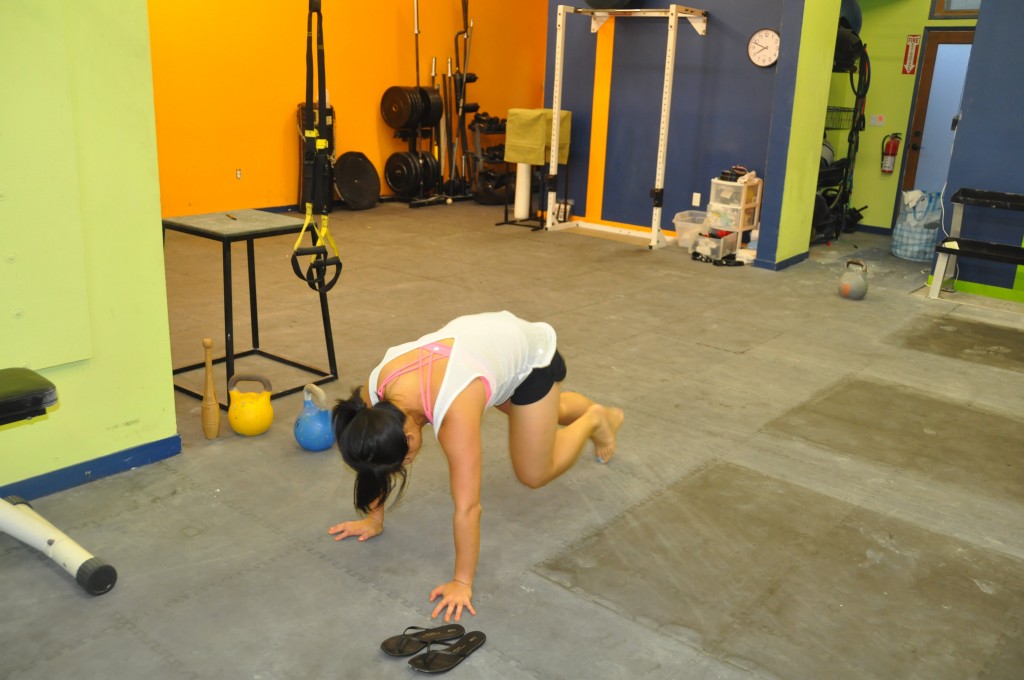 I weighed in again and was 68.4kg 🙁 lost .2kg but needed more time to cut the rest. Sadly it was 8pm so I was out of time to workout and my only choice was to come back tomorrow morning. Sucks! Cuz I was so looking forward to eating & stuffing my face afterwards.

Thanks to Juliet’s recommendation, we drove over to the Whole foods afterwards for some groceries (from Juno gym, turn right on Ashby St to the end…this is for my own reference when I come back again). We picked up a healthy dinner – roast chicken, Greek salad for me, Caesar salad for PJ, saag paneer rice and chickpea curry for the morning (I need my carbs!), spicy sushi, bananas, healthy snacks, a box of coconut Clif bars for $11.87 (couldn’t resist the deal), and of course a gallon of water.

The new strategy is to eat light and make weight tomorrow morning.