This past weekend, my BF and I went on a spontaneous 2-day trip to San Francisco. The first day consisted of walking though Chinatown, Union Square, and a sunset cruise along the water as we saw amazing views of Alcatraz, the Golden Gate, and Bay bridge. Our main activity of choice that weekend was to cycle through and explore San Francisco on bikes. More specifically, bike along the Embarcadero, which is the eastern waterfront and roadway along the San Francisco Bay (kind of like our Harbourfront in Toronto) and to cross the Golden Gate Bridge into Sausalito. I haven’t been on my bike nearly as much since the whole broken clavicle incident so aside from this being a great way to sight see and get a good workout in, I saw it as a way of conquering what was left of my fear and to get more comfortable with the idea of going fast and being on a bike again.

The sun was shining and a cool breeze filled the air. Our day began with picking up our rental bikes at the shop.

If you ever want to rent a bike in San Francisco, I highly recommend checking out San Francisco Bicycle Rentals – http://www.bikerentalsanfrancisco.com/ – Not only do you get a 20% discount for reserving your bike online but the bikes are also top notch and allow you to blend in with the locals, as they do not have any markings that indicate it being a rental bike or make you look too much like a tourist 🙂 The staff was also really helpful in giving tips and explaining what routes to take.

We went with the standard mountain bike option and weren’t disappointed. I loved my bike! This was my awesome Specialized Hardrock mountain bike for the day. It felt just like being on my Specialized Stumpjumper back at home. 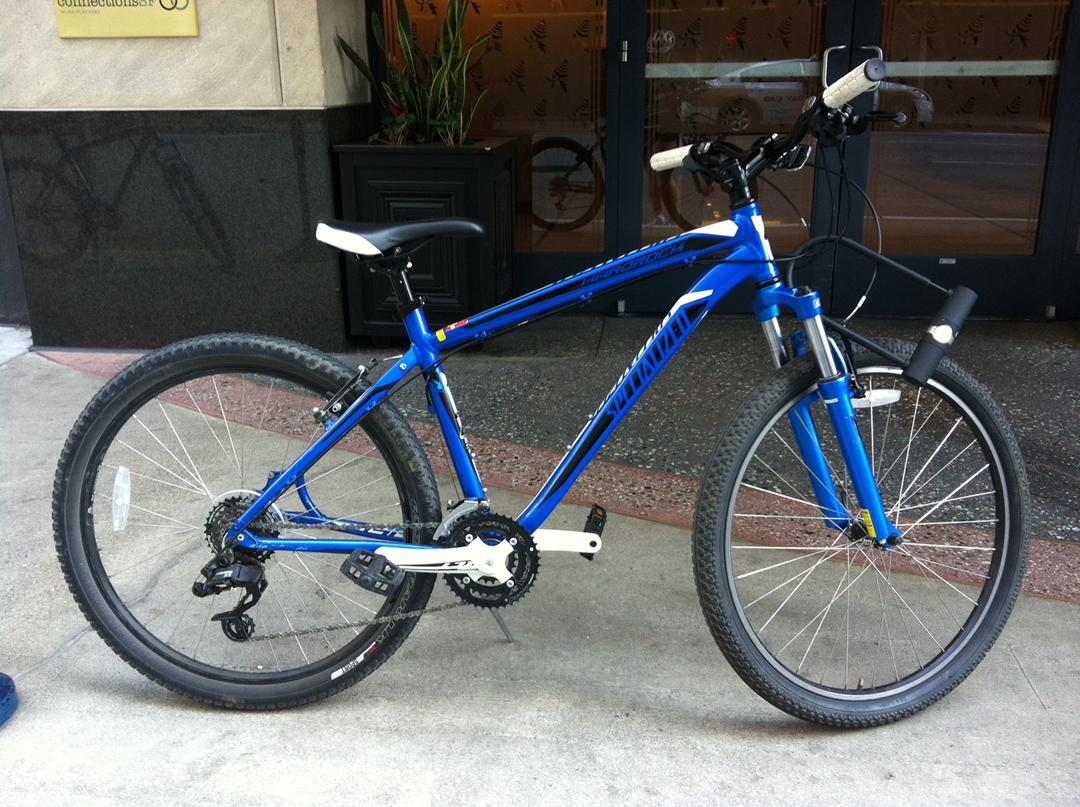 Everything went great and I had an amazing time. No clavicles were harmed during the trip and it didn’t take me too long to get back into the flow of things. We biked alongside heavy traffic and people on the busy waterfront trail to Fisherman’s Wharf and took in the many sights along the way. Saw the beautiful Roman/Greek architecture of the Palace of Fine Arts building, passed through Crissy Field, and stopped for a picnic lunch in the park at Fort Point, as we drew near to the Golden Gate Bridge. The ride was pretty easy with minimal hills and I was back to riding fast and overtaking people on the path. Most of the hill climbs began as we made our way up to the Golden Gate Bridge (Yaaay!!). This route was a popular one among many other cycling tourist groups we encountered along the way and I can see why. Up close, the bridge was an absolutely beautiful piece of structural engineering with its Art Deco design elements and signature International Orange colour. Did you know that the US Navy wanted it to be painted with black and yellow stripes to ensure visibility by passing ships? 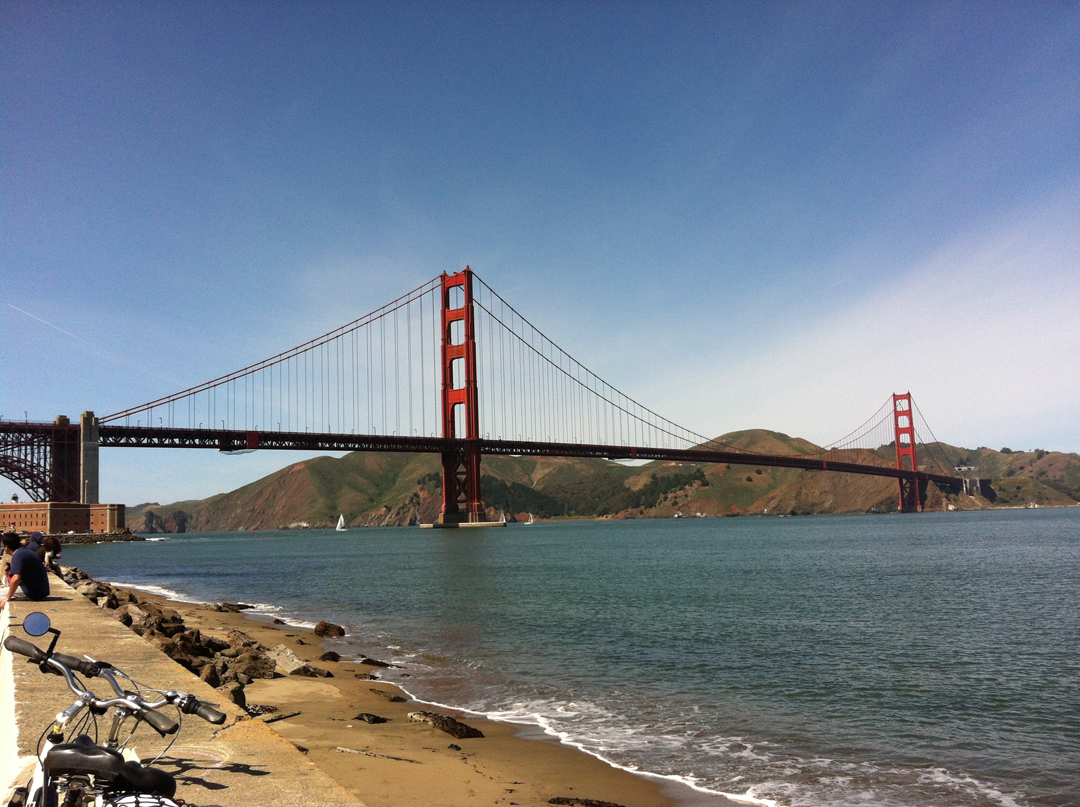 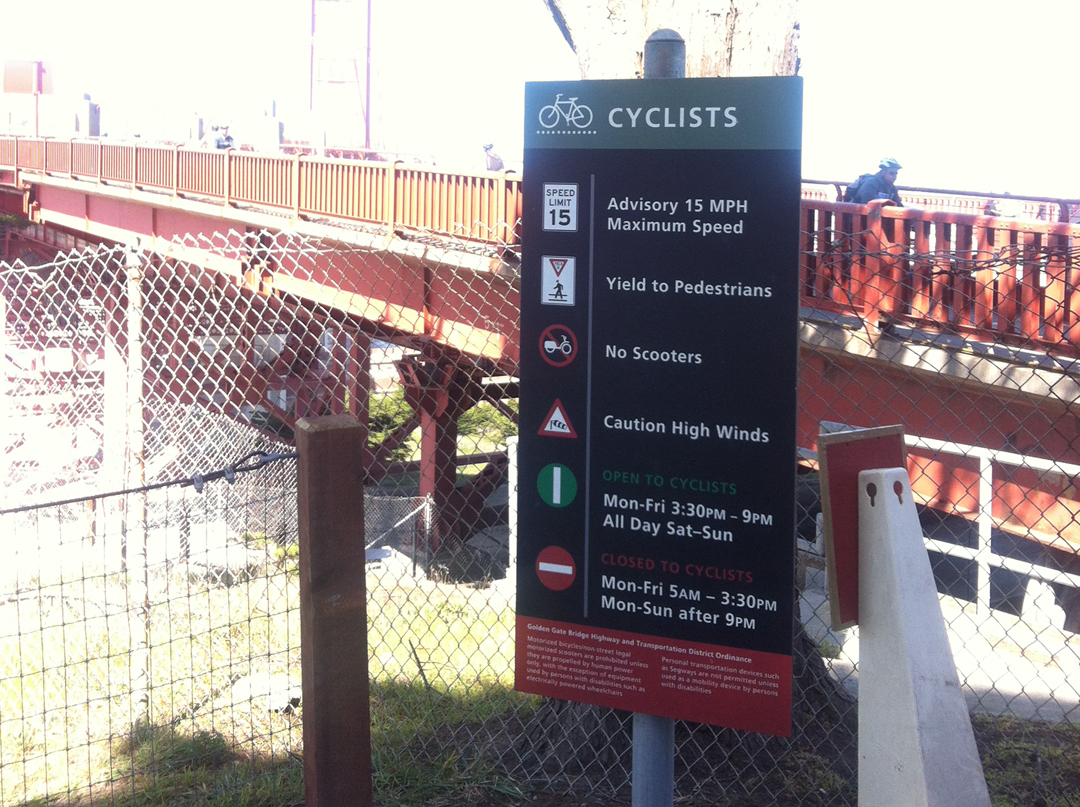 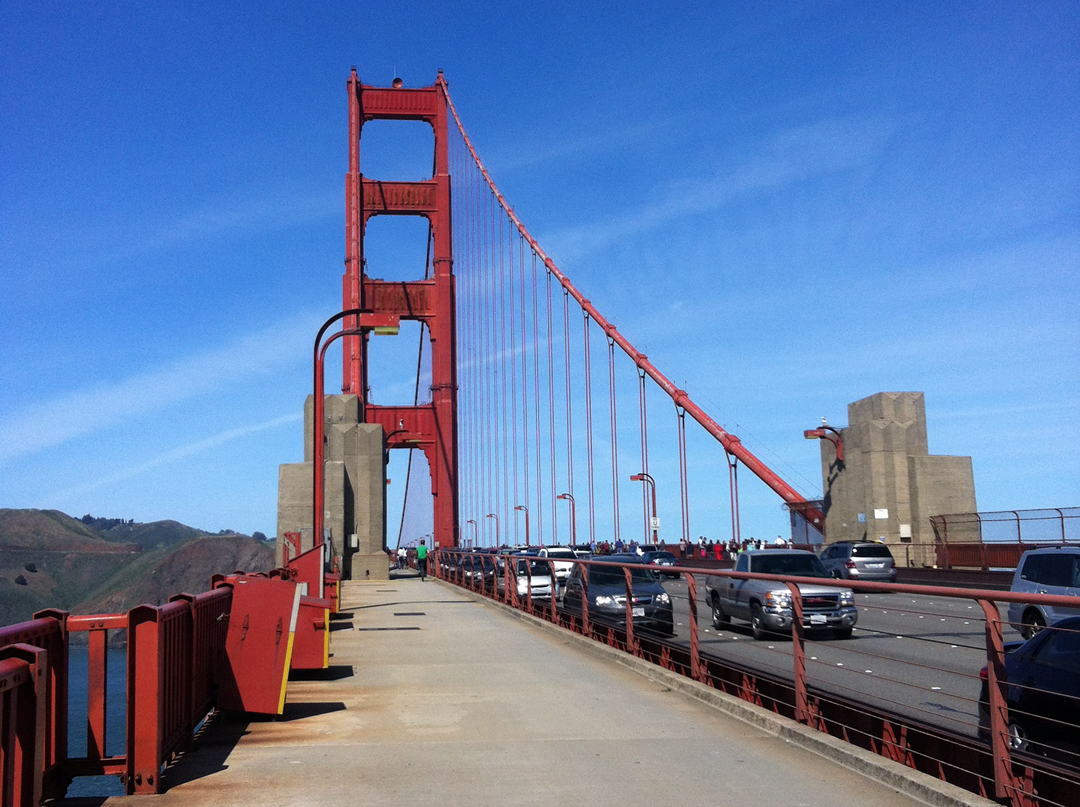 The Golden Gate was a quick and scenic 2.7km ride across with an incredible view along the way. After crossing the bridge we were in Marin County where we biked our way into and around the small town of Sausalito. It was very relaxing, even with the up hills, and had the feel of biking along the countryside. Short on time, we scrapped the idea of biking back and took the ferry back to Pier 1 then quickly made one last stop as we rode our bikes to Russian Hill/Lombard Street to see the ‘crookedest street in the world’  consisting of 8 sharp turns on a 27% incline and a 5km/h speed limit. I’d love to drive it next time I’m back! It must be a lot more fun to drive than see. (photo from wikipedia, the view of Lombard Street from Coit Tower) 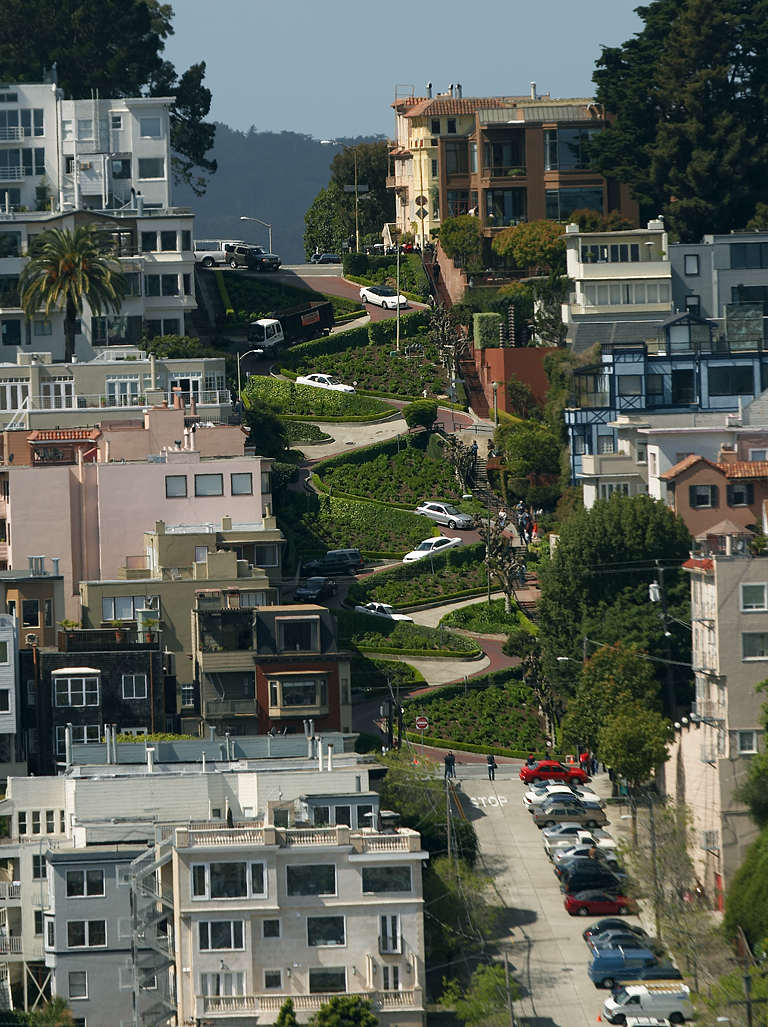 Concluding the day we raced back to the bike shop just in time to return our bikes before the 6pm closing time. The day went by so fast with a total of about 40km biked, based on my RunKeeper app. It was a nice change of pace and just what I needed. I think I’ll be tuning my bike up once again. I’ll be back on the roads once all this snow melts and weather warms up in Toronto!