Warning: "continue" targeting switch is equivalent to "break". Did you mean to use "continue 2"? in /nfs/c02/h03/mnt/30770/domains/blog.estellahom.com/html/wp-content/themes/hikari/lib/vendor/less.php/Less.php on line 9466

Warning: "continue" targeting switch is equivalent to "break". Did you mean to use "continue 2"? in /nfs/c02/h03/mnt/30770/domains/blog.estellahom.com/html/wp-content/themes/hikari/lib/vendor/less.php/Less.php on line 9474

Warning: "continue" targeting switch is equivalent to "break". Did you mean to use "continue 2"? in /nfs/c02/h03/mnt/30770/domains/blog.estellahom.com/html/wp-content/themes/hikari/lib/vendor/less.php/Less.php on line 9479

Warning: "continue" targeting switch is equivalent to "break". Did you mean to use "continue 2"? in /nfs/c02/h03/mnt/30770/domains/blog.estellahom.com/html/wp-content/themes/hikari/lib/vendor/less.php/Less.php on line 9485

Warning: "continue" targeting switch is equivalent to "break". Did you mean to use "continue 2"? in /nfs/c02/h03/mnt/30770/domains/blog.estellahom.com/html/wp-content/themes/hikari/lib/vendor/less.php/Less.php on line 9495

Warning: "continue" targeting switch is equivalent to "break". Did you mean to use "continue 2"? in /nfs/c02/h03/mnt/30770/domains/blog.estellahom.com/html/wp-content/themes/hikari/lib/vendor/less.php/Less.php on line 9498

Warning: "continue" targeting switch is equivalent to "break". Did you mean to use "continue 2"? in /nfs/c02/h03/mnt/30770/domains/blog.estellahom.com/html/wp-content/themes/hikari/lib/vendor/less.php/Less.php on line 9518

Warning: "continue" targeting switch is equivalent to "break". Did you mean to use "continue 2"? in /nfs/c02/h03/mnt/30770/domains/blog.estellahom.com/html/wp-content/themes/hikari/lib/vendor/less.php/Less.php on line 9523

Warning: "continue" targeting switch is equivalent to "break". Did you mean to use "continue 2"? in /nfs/c02/h03/mnt/30770/domains/blog.estellahom.com/html/wp-content/themes/hikari/lib/vendor/less.php/Less.php on line 9544

Warning: "continue" targeting switch is equivalent to "break". Did you mean to use "continue 2"? in /nfs/c02/h03/mnt/30770/domains/blog.estellahom.com/html/wp-content/themes/hikari/lib/vendor/less.php/Less.php on line 9551 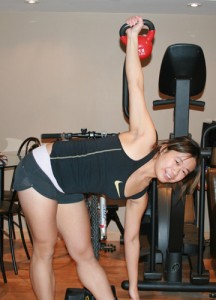 A long overdue update on my status. Thanks everyone for your support! It really means a lot to me. And for those of you who’ve also had the misfortune of a fractured clavicle, I’m passing on some of the knowledge I’ve gained.

week 5
Obviously the not being able to workout at full force part of the injury was really getting to me. Aside from that, I was still continuing with my physio and cycling on the stationary trainer. Gotta keep those fitness levels up and most importantly, maintain muscle mass on the affected side.

Between that and bouts of excessive Googling on the subject, I learned a ton about clavicle fractures and found a bunch of info that would’ve been good to know when I first had the injury.

The following are some of my findings:

From my research, collarbone fractures heal on their own 90% of the time and are generally treated conservatively. However, not all fractures are created equal and  little consideration has been given to displaced fractures until recent years. In 2007, Robert McKee conducted a study comparing non-operative treatment vs operative treatment for displaced midshaft clavicular fractures. The studies showed that when treated non operatively, the healing time was at least 7 months and there was a substantial amount of residual disability in terms of reduced shoulder flexion strength, endurance, abduction, rotation, etc. Plus there was also a higher risk of non-union. With surgery, there was a greatly improved functional outcome, lower rate of mal/non union of the bone and faster healing time and return to activities. Those who had surgery were generally much happier with the function and appearance of their clavicles.

Various sources say that surgery should be done if:
– you’re young, active, and/or have a physically demanding job (ie: Athlete, trainer, construction worker…)
– the bone is displaced more than 1.5 – 2cm
– the bone has punctured the skin
– there’s nerve damage
– there’s tenting of the skin
– there’s no chance of union (bone ends rejoining)
– it’s a malunion (bone heals in a displaced position)
– you experience shortening/lowering of the shoulder (deformity)
** this is especially noticeable if you’re a girl – trust me, it’s no fun if your tank top straps keep falling down!…though it does help pick up the guys…haha! Still…I can’t imagine living with these wardrobe malfunctions for the rest of my life.

This is a great forum thread I found: Broken Clavicle…surgery or not?. It’s a 500 post long thread where people with broken clavicles share knowledge and discuss their personal experiences on dealing with this injury. It was a wealth of information and helped me gain greater insight on what to do in my situation than from any of the doctors I spoke to. I even got some good tips on taking care of my road rash.

The Figure 8 Brace
If the fracture is not displaced significantly, a simple sling is used to facilitate the healing whereas a figure 8 brace is often used with a displaced fracture. It holds the shoulders in a retracted position and pulls the clavicle into a “normal” alignment to help reduce the displacement. Unfortunately, I didn’t know about this until week 5. If you have a displaced fracture, this is apparently what you should be wearing right from day 1! A couple of my medical professionals recommended it and 1 said not to wear it because it can cause brachial plexus palsy. I looked into that and my main finding was that it can only happen with excessive tightening of the brace so I still think it has its benefits.

Malunions
If a displaced fracture is left to heal on its own, you’d have a bump (step deformity) and a slightly shortened clavicle which can lead to ongoing shoulder problems, especially if you’re an athlete or manual worker. Significant shortening of the clavicle can alter the normal alignment of the shoulder girdle leading to dysfunction with high demand activities, which is why a lot of athletes would get surgery to fix it.

I never thought I’d succomb to my first surgery but after doing all my research, getting 2nd, 3rd, and 4th opinions from medical professionals, and asking friends and family, I’ve decided that surgery is my best option if i want to continue pursuing athletics. Especially since my bone is displaced and overlapping by quite a bit. I’d rather get it fixed so that the bone will heal straight and to avoid any residual arm and shoulder disabilities in the future. I definitely want full functionality and to be symmetrical again.

The next step is to get my ortho doc to book the surgery.

week 6
Many improvements this week. I can move my arm higher than 90 degrees! The pain when walking is much less – must mean the bones beginning to fuse? I also touched a kettlebell & lifted it with my good arm – felt so good! and it was pink! The physio and MAT treatments are going really well. I showed an improvement in strength and am working further on strengthening bis, tris, back, pec muscles.

looks the same as it did 4 weeks ago 🙁

week 7
I went for a follow up with my ortho doc. I call him Mr. T because he wears gold chains & has a really pumped physique – not your typical ortho thats for sure. I was told that the bone is healing and that it’s more stable now. However, it’s a malunion, meaning that the ends are not joined but a soft callus has formed around it, hence the improved stability.

When I told him I wanted to get the surgery, he insisted on not doing it due to the high risk of infection & chance of complications. Understandable. But wouldn’t that totally mess up my biomechanics? He seemed to believe that it would fully heal with the displacement and I wouldn’t lose any functionality. I wasn’t sure what to make of that especially since it contradicted a lot of my research and what other professionals have been telling me. Mr. T did refer me to an upper extremity expert who would do the surgery for me…so the waiting game begins again.

As I seeked more opinions, the one thing I noticed was that most of my doctors aired on the conservative side and said to ‘wait and see if it heals’ and my physiotherapists and sports doctors recommended the surgery.

workouts
I reintroduced weight training back into my workout program. I’ve been doing 1 arm kettlebell swings, cleans, rows, windmills, dead lifts with my good arm while continuing isometrics for the left arm, and indoor cycling. I’m told that the stronger you are going into surgery, the faster the recovery will be, so I’m working it!

Weeks 8 – 9
I got behind the wheel for the first time and began driving again! My range of motion also improved, but i’m finding that the strength is not nearly where I want it to be and at times I can still feel the bone move. The biomechanics of my shoulder improved immensely through MAT and the movements are definitely much smoother.

Week 10
After a couple of calls to the hospital and getting my ortho doc to refax the referral, I managed to get myself ahead in line andI finally got my consultation scheduled with Dr. Christian Veillette, the upper extremity expert! I googled him and he’s got a fellowship in shoulder reconstruction, was involved in some major studies on the topic, and has a ton of experience. It’s been a long haul but I’m really glad that to be one step closer to getting my collarbone repaired. I’m hanging tight and hoping to have a perfect clavicle and strength back before xmas.

Stay strong,
Estella
—
note: I am not a medical professional. All info contained here is based on research I did, is strictly for informational purposes only and should not be taken as medical advice.